The industry is in the midst of the industry 4.0 driven by many emerging technologies such as artificial intelligence, internet of things, big data, cloud computing, machine learning, 5G connectivity etc. Robotics is entering every traditional industry, from manufacturing. logistics to agriculture to retail, health care and driving towards increased productivity and effectiveness. Many companies are revising and rethinking their strategies to cement their futures in a world that is dictated by advanced robotics and aforementioned emerging technologies. This power panel of industry leaders and visionaries will present and discuss the real- world implications for how these emerging technologies drives the paradigm shift of the robotics industry and its business landscape. Some snapshot points to be discussed include: 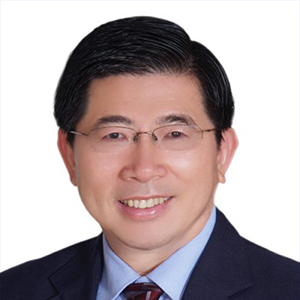 Dr. Ren C. Luo is a Fellow of IEEE received Dipl.-Ing, and Dr.-Ing. Degree in EE from the TU Berlin, Germany. He is currently an Irving T. Ho Chair and Life Distinguished Professor and Director of International Center of Excellence on Intelligent Robotics and Automation Research at National Taiwan University; Editor-in Chief of IEEE Transactions on Industrial Informatics. Prof. Luo also served two terms as President of National Chung Cheng University and CTO of ASUS Company, CTO of FFG Company and Founding President of Robotics Society of Taiwan. He served as a tenured Full Professor of Department of ECE at N C State University, Raleigh, NC, USA and Toshiba Chair Professor in the University of Tokyo, Japan. 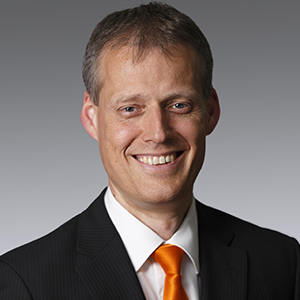 Dr. Rainer Bischoff is Vice President for Corporate Research of KUKA, one of the world’s leading suppliers of intelligent automation solutions based in Augsburg, Germany. In this position he is responsible for group-wide research and technology development for future robotics products, solutions and services. Dr. Bischoff received his „Doktor-Ingenieur“ degree from Karlsruhe Institute of Technology in 2010 for his contributions towards personal robotic assistants. Since 2008 he is driving European robotics in leading roles, first as Executive Board Chair of the European Robotics Technology Platform EUROP and since 2012 as Vice President Industry of euRobotics aisbl – the European Robotics Association he helped to create as a merger of EUROP and its academic counterpart EURON. In this capacity he has been setting the Strategic Research Agenda for European robotics in a public-private partnership with the European Commission and successfully establishing closer links between academia and industry. Dr. Bischoff received three prestigious international awards: IEEE/IFR Invention and Entrepreneurship Award (2006), IEEE Robotics and Automation Society Early Career Award (2012) and IROS Toshio Fukuda Young Professional Award (2015). He has authored over 100 papers, receiving three best paper awards. 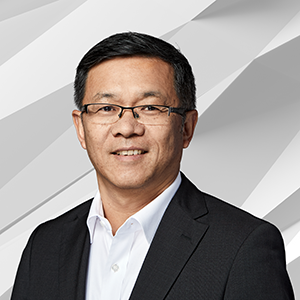 In 1989, Chunyuan joined the ABB Corporate Research Center in Sweden as a Senior Research Fellow. From 1998 to 2010, he filled a number of management roles including Corporate R&D Program Manager of Engineering Mechanics, Corporate R&D Program Manager of Mechatronics and Robot Automation, R&D Manager for ABB Robotics Sweden, Vice President of Global Technology for ABB Robotics Automation, and Head of Robotics Global R&D Center. From 2010 to 2011, he worked as the Head of Robotics Business Unit ABB North Asia and China within the Discrete Automation and Motion Division, as well as General Manager of ABB Engineering (Shanghai) Ltd. In 2012, Chunyuan was appointed Senior Vice President of ABB (China) Limited and became Head of the Discrete Automation and Motion Division for ABB North Asia and China.

From 2014 to June 2017, Chunyuan worked as Senior Vice President of ABB Group, Chairman and President of ABB (China) Limited. He joined the Group Executive Committee and became President of the Asia, Middle East and Africa (AMEA) region on July 1, 2017. At the same time, he continues as Chairman of ABB in China.

Chunyuan was elected as member of the Royal Swedish Academy of Engineering Sciences in November, 2015. Meanwhile, Chunyuan serves as a Managing Director of the Standing Committee of the Chinese Association of Automation (CAA), the Advisory Council Member of the European Union Chamber of Commerce in China and the Economic Advisor to the governor of Guangdong Province. 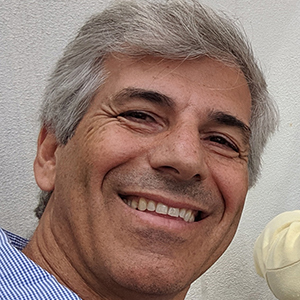 Mario E. Munich is Senior Vice-President of Research and Development at iRobot Corp. where he manages the research and technology development efforts with special focus on robot navigation, computer vision, and artificial intelligence. He previously worked as the CTO of Evolution Robotics where he developed object recognition, and navigation and mapping algorithms for consumer robotics. He received the degree of Electronic Engineer (with honors) from the National University of Rosario, Argentina and the M.S. and the Ph.D. degrees in Electrical Engineering from the California Institute of Technology, Pasadena.  His PhD work focused in developing novel Human-Machine Interfaces using video technology and computer vision techniques. His research interests include computer vision, machine learning, artificial intelligence, sensors for robots, autonomous navigation, and human-robotic interaction. 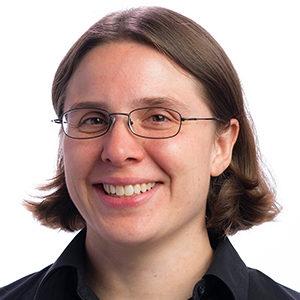 Melonee Wise is the CEO of Fetch Robotics, which is delivering collaborative robotic solutions robots for the logistics and manufacturing industries. Melonee was the second employee at Willow Garage, a research and development laboratory extremely influential in the advancement of robotics. While there, she led a team of engineers developing next-generation robot hardware and software, including ROS, the PR2 and TurtleBot. Melonee was a 2015 recipient of MIT Technology Review’s TR 35 award for technology innovators under the age of 35, and has been named to the Silicon Valley Business Journal’s Women of Influence and 40 under 40 lists. In 2017, Business Insider named her as one of eight CEOs changing the way we work. Under her leadership, the company won the MODEX Innovation award for the materials handling industry, as well as being named to the RBR 50 for consecutive years.  Fetch Robotics was named a 2018 World Economic Forum Technology Pioneer. She is the current president of Silicon Valley Robotics, and is a board member of the MechSE alumni board at University of Illinois, where Melonee received her BS and MS in Mechanical Engineering.